Preview: Medvedev & Rublev Put Friendship Aside In US Open Quarter-finals 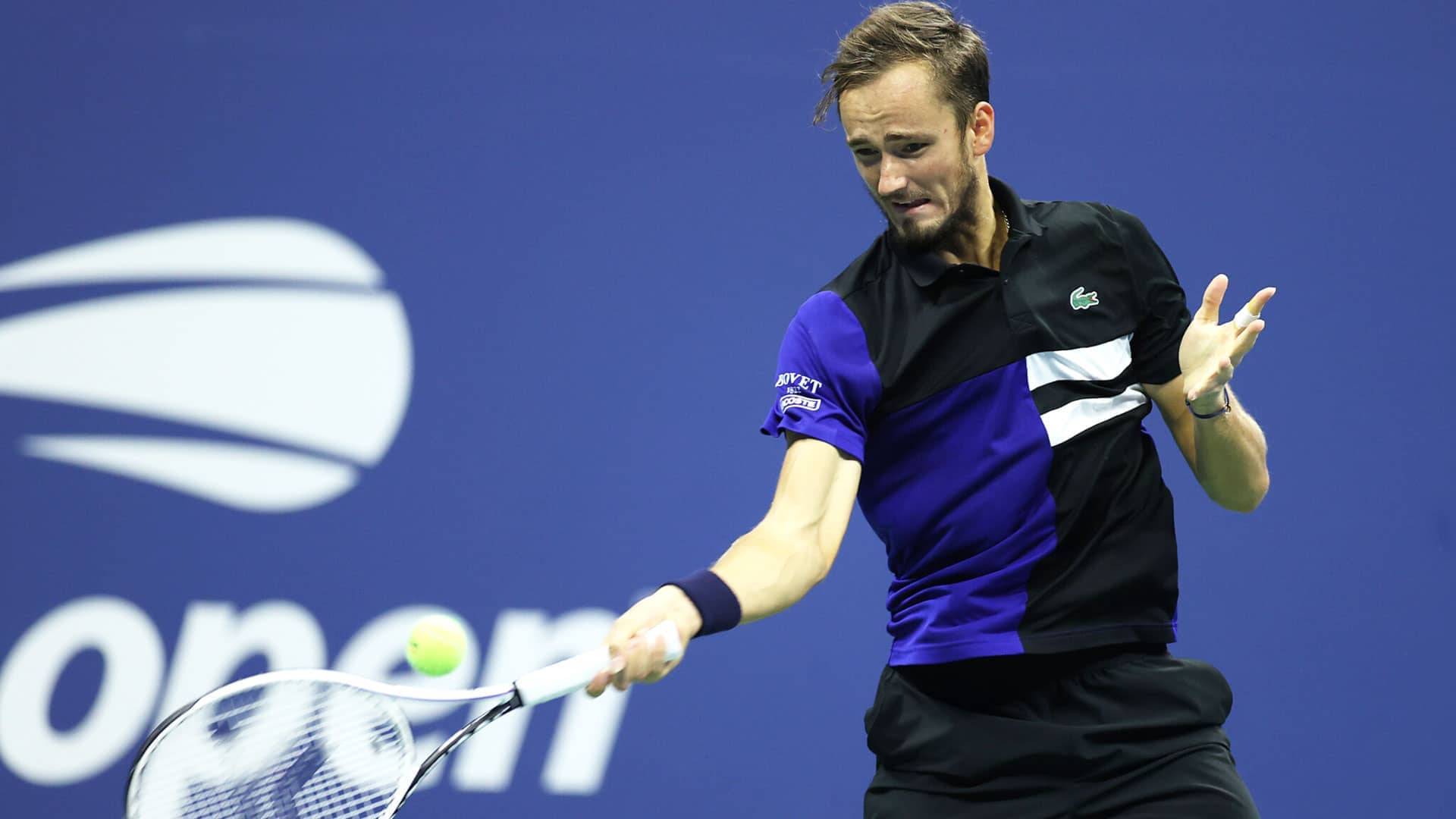 Three years ago, Daniil Medvedev and Andrey Rublev competed alongside each other at the Next Gen ATP Finals. The fellow Russians and good friends have soared up the FedEx ATP Rankings since then and now face off on Wednesday for a spot in the US Open semi-finals. Second seed Dominic Thiem meets Alex de Minaur in the night session.

“I think if we’re talking only about the game, there are not many similarities… But I think what is similar [is] that starting from juniors, we always tried to get better [and] we always pushed each other. We were always happy when we won and disappointed when we lost. I’m talking also for each other,” Medvedev said. “Really happy that we managed to play in the quarter-finals of a Slam.

“I think we respect each other in and out of the court. It’s always tricky to play a friend… Consciously, you prepare for your match [and] try to win it. Unconsciously, you know he’s your friend since age eight. I’ve known him already for 16 years. There are some things going on for sure mentally, but you always try to get rid of it.”

Read Player Features
Kafelnikov: Kids Want To Be Like Medvedev, Rublev Or Khachanov
Medvedev: My Goal Is To Win Seven Matches

Third seed Medvedev and No. 10 seed Rublev have been friends since competing in 10-and-under tournaments, when both were known for their fiery tempers. Both men have been in top form this fortnight. Medvedev hit an average of 29 winners in his first four matches, while Rublev struck an average of 35 winners.

But Medvedev has been more ruthless in his path and is the only male quarter-finalist to reach the last eight without dropping a set. The 24-year-old will also take confidence from his 2-0 record against Rublev in their ATP Head2Head series, winning both of their matches last year in Cincinnati and St. Petersburg.

Rublev has been one of the hottest players this season. The 22-year-old began the year by winning back-to-back trophies in Doha and Adelaide, becoming the first player to clinch a pair of titles in the first two weeks of the season since Dominik Hrbaty in 2004. He further showed his progress over the past 12 months by defeating sixth seed Matteo Berrettini in their fourth-round clash on Monday, gaining revenge for his loss to the Italian at the same juncture last year.

“He was always going for crazy shots, going for winners. But he was not consistent before, which was just showing [in] the ranking and the results,” Medvedev said. “He really progressed starting last year. I think he changed something in his mindset, in his game. Now he’s one of the best players in the world, only going up the rankings. Really happy for him.”

At age 27, Thiem finds himself in the unusual position of being one of the oldest players left in the draw. He’ll hope his extra experience in big matches will aid him against De Minaur. The Austrian is competing in his seventh Grand Slam quarter-final, while de Minaur is playing his first.

He won both matches in his ATP Head2Head rivalry against de Minaur, including a convincing straight-sets win in the first round of the 2017 US Open. But Thiem views both matches as irrelevant to Wedneday’s showdown and sees the Aussie as a different player now.

“I think he was only [18] in our first match at the US Open. He was skinny, super fast already back then, but now he’s a man [and] an experienced player. It’s going to be a different story,” Thiem said. “These two matches were before he really had his breakthrough. He improved massively in the last one-and-a-half or two years, so I’m looking forward to that one.”

Thiem began the tournament searching for form after a shocking opening-round defeat the previous week at the Western & Southern Open. Although his form was patchy at times throughout his first three rounds, the 27-year-old has improved with each match and produced his best tennis in a dominant fourth-round win over No. 15 seed Felix Auger-Aliassime.

De Minaur started the year in top form at the ATP Cup, beating Alexander Zverev and Denis Shapovalov before an abdominal injury stopped his his momentum. His fighting spirit has been on full display in New York, highlighted by clawing back to defeat Karen Khachanov in five sets in the third round. Although he’s already achieved his best Grand Slam result, the two-time Next Gen ATP Finals runner-up isn’t satisfied.

“At the end of the day, this is where I want to be, and this is where I truly believe I belong, second weeks of Slams and going deep,” De Minaur said. But nothing changes. Everything stays the same. Now I’ve got just another match waiting for me… I want people in the locker room to know that if they’re going to beat me, they’re going to have to go through me.”