Which Doubles Player Has The World’s Best Backhand Volley? 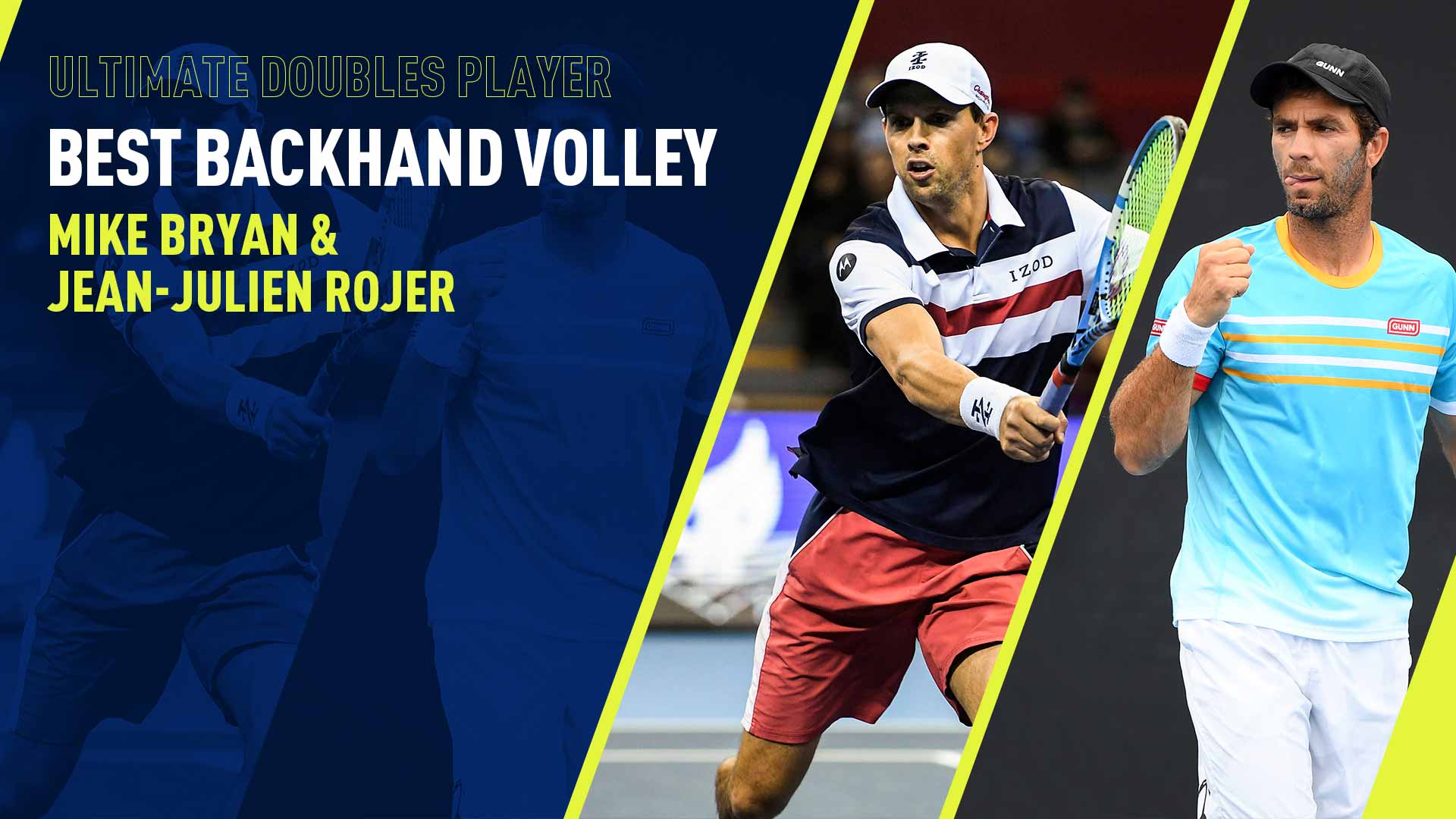 In the ATP’s ‘Ultimate Doubles Player’ series, the world’s best doubles players enjoyed plenty of debate around who has the best backhand volley.

Two of the players who emerged in those discussions were 124-time tour-level titlist Mike Bryan, who recently retired, and Jean-Julien Rojer. Rojer and Horia Tecau are into the semi-finals of the US Open.

Find out what their peers had to say about their backhand volley, why those particular shots are special and who else excels with that stroke.

Mike Bryan
“He is obviously one of the best if not the best player of all-time in doubles along with his brother. He’s got an amazing backhand volley angle when he’s close to the net, and his first volley is also really solid. [He] really just has no holes and I feel like he’s the best I’ve played against as far as the backhand volley.” – Rajeev Ram

“Another legend on the doubles court. Very solid. Made a lot of money, won a lot of matches with his energy up close to the net, putting the ball away. Obviously his forehand volley is not too bad, either.” – Neal Skupski

Jean-Julien Rojer
“Jules is a very natural guy. He has nice touch and his volleys are always dangerous. He can volley to any spot he likes.” – Filip Polasek

“He’s very solid at the net, [and he is a] great athlete.” – Robert Lindstedt

Nicolas Mahut
“Good technique, classical technique. He can stick the ball well on that wing as well unlike a lot of players. He uses his body well and uses his hands… his left arm is very active in the shot. Very good first volley, good up at the net and has all the reactions.” – Jamie Murray

“Whenever I’ve played against him he doesn’t seem to miss one. He has also got a great backhand half volley. It’s more of an old school shot, but he has great feel and it’s just a great all-around volley.” – Joe Salisbury

Jamie Murray
“He has perfect technique. He always hits it in front, and it’s very hard to get it by him on that side.” – Jurgen Melzer

“[Jamie is] someone I’ve spent quite a lot of time around over the years. Neal’s obviously playing with him, so I’ve spent a little bit of time on the opposite side of the court of him. I’ve learned quite a lot of stuff watching him play. His ability to hold the ball on his strings and wait for his opponents to make a move before he puts the ball the other way [is special]. His angles around the net, his understanding of his racquet head and where the ball needs to be is exceptional and he’s got such a big wingspan as well that he’s able to cover a huge amount of the court. He’s very calm. He’s just super calm. He just never seems fazed by anything.” – Ken Skupski

Raven Klaasen
“He’s very solid. We played a couple of tournaments together and I could see he has a very good backhand volley.” – Marcelo Melo

Joe Salisbury
“He plays the volley in a very traditional way and he’s able to soak up power. He’s able to play with finesse and precision and he doesn’t tend to leave many volleys out there. When you combine his athleticism with his technique, he’s got one of the better backhand volleys and one I enjoy watching.” – Raven Klaasen