In his first match as a Grand Slam champion, Dominic Thiem began his title bid at Roland Garros with a 6-4, 6-3, 6-3 victory...
Tovább
Tenisz

Before playing Marin Cilic in the third round of the US Open, Dominic Thiem said he didn’t want to face the Croatian that early...
Tovább

First held in 2016, the Chengdu Open is one of four Chinese events during the three-week Asian Swing.

The ATP 250 would have been held this week if not for the COVID-19 pandemic.

ATPTour.com looks at five things to know about the event.

An Action-Packed ATP Tour Stop
Alongside its modern tennis facilities, which include 20 hard courts and 12 indoor courts, Chengdu also provides players with a wide range of off-court activities. At last year’s event, 2016 semi-finalist Grigor Dimitrov made the most of his spare time by revisiting the Chengdu Research Base of Giant Panda Breeding and taking a cruise down the Jinjiang River.

“I think the babies were pretty fascinating to see,” said Dimitrov in 2016. “They were acting a bit like humans, yawning, stretching and hiding their eyes. I always wanted to see a panda. I took quite a few pictures and I would love to show friends and family.”

Khachanov’s Maiden Moment
The inaugural Chengdu Open in 2016 was headlined by Dominic Thiem, Nick Kyrgios and Dimitrov, but it was a Next Gen ATP Finals contender who lifted the ATP 250 trophy. Ranked No. 101 in the FedEx ATP Rankings, Karen Khachanov defeated four Top 40 players en route to his maiden ATP Tour crown.

The 20-year-old beat Feliciano Lopez and Viktor Troicki in back-to-back matches to book a final clash against Albert Ramos-Vinolas. Khachanov recovered from a set down against the Spaniard and clinched the trophy with a 6-7(4), 7-6(3), 6-3 victory after two hours and 39 minutes. 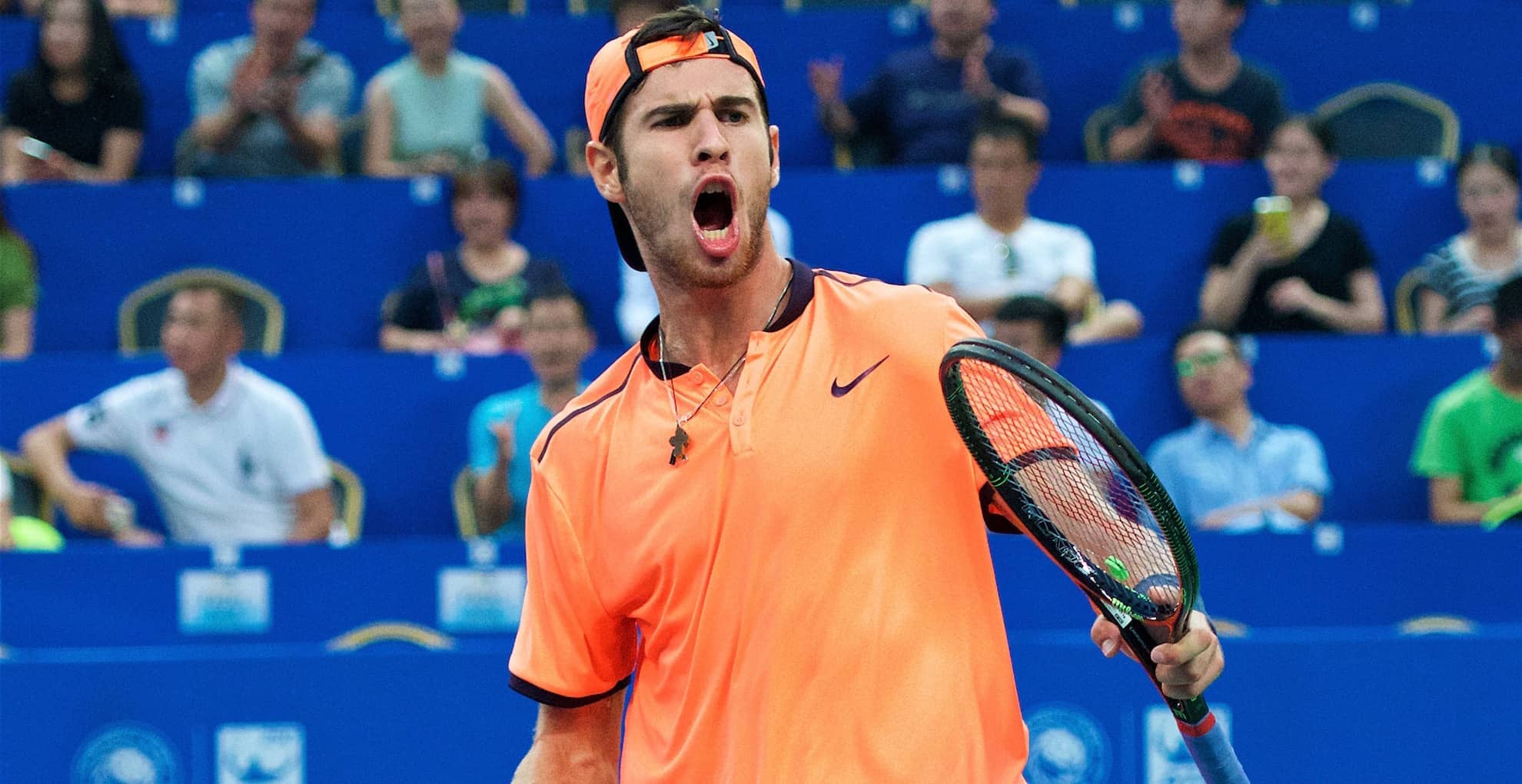 Tomic’s Stunning Title Run
From qualifying, Bernard Tomic won seven matches at the 2018 Chengdu Open to clinch his first ATP Tour title in more than three years. The Australian survived three final-set tie-breaks en route to the title. In two of those matches, Tomic came within a point of defeat.

In the championship match, Tomic met in-form Italian Fabio Fognini. The top seed was aiming to become the first Italian man to win four tour-level singles titles in the same year and held four match points in a final-set tie-break against Tomic, but the 6’5” right-hander battled back to claim the trophy 6-1, 3-6, 7-6(7).

Last In, First Team Trophy Win
Nikola Cacic and Dusan Lajovic were not sure if they would make it into the 2019 Chengdu Open doubles draw, but the pair ended their stay at the ATP 250 by lifting their first tour-level doubles title as a team.

”We were the last team to get in, so Nikola flew here at the last moment,” said Lajovic. “He came here on Sunday and it was only our third time this year playing an ATP Tour event together and we didn’t expect much, but we knew we could play good tennis.”

Cacic’s decision to take a late flight proved to be an inspired move, as the Serbian duo claimed three victories to advance to their first ATP Tour final together. In the championship match, Cacic and Lajovic saved two set points in the first set before completing a 7-6(9), 3-6, 10-3 win against Jonathan Erlich and Fabrice Martin.

“This week was the best week so far in my career,” said Cacic. “I am really happy that I won my first ATP Tour title with Dusan. [These are] special moments for me.”

In the championship match, Carreno Busta came from a set down and withstood 31 aces against Alexander Bublik to claim a 6-7(5), 6-4, 7-6(3) victory. The former World No. 10 became the fourth different winner of the tournament in as many years, following in the footsteps of Khachanov, Denis Istomin and Tomic. Across the singles and doubles events, no player has won multiple trophies at the tournament.

In his first match as a Grand Slam champion, Dominic Thiem began his title bid at Roland Garros with a 6-4, 6-3, 6-3 victory...
Tovább
- Advertisement -