Matteo Berrettini opened his Roland Garros campaign with a comprehensive 6-3, 6-1, 6-3 win over Vasek Pospisil in one hour and 48 minutes on Tuesday at Roland Garros.

“I think I was putting a lot of pressure on him,” said Berrettini. “I think I was serving well, returning well… I felt that I was moving better. I was putting more weight
in the rallies. I think he struggled to find a way to win the points… I was focusing on my service game, trying to find the chance to break him. The third set obviously was the toughest one, but I was feeling pretty confident.”

The seventh-seeded Italian broke serve twice in each set, winning 49 of his 64 service points and hitting 22 winners for his eighth win of the season. Two weeks ago he made a quarter-final exit at the Internazionali BNL d’Italia in Rome (l. to Ruud). Pospisil, who created one break point chance at 1-0 in the third set, has never won a match at the clay-court major in seven visits.

“[It] was not a good day at the office,” said Pospisil. “One to kind of forget. I definitely have struggled on this surface. It’s not one that I really enjoy playing on, especially in these conditions… Matteo played very well. He didn’t give me any opportunities. I can definitely see him having a deep run, making it to the quarters.”

Berrettini will now face Lloyd Harris, who struck 17 aces among 45 winners to beat Alexei Popyrin 6-4, 6-4, 7-6(7) in two hours for a place in the second round for the second consecutive year. 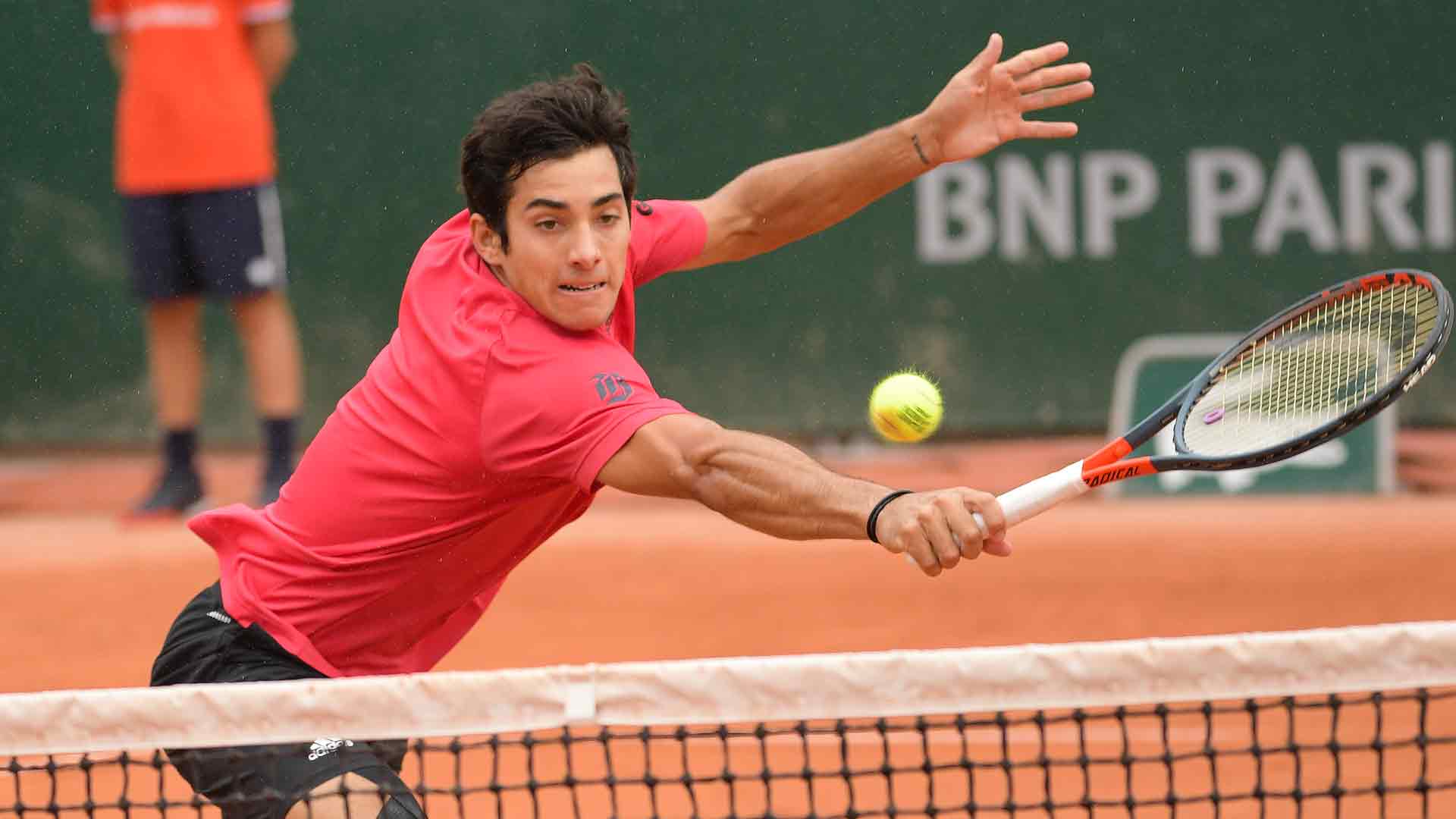 Shortly prior to rain beginning to fall heavily at Roland Garros, No. 20 seed Cristian Garin secured his place in the second round by knocking out Philipp Kohlschreiber 6-4, 4-6, 6-1, 6-4 in two hours and 54 minutes. The 24-year-old won back-to-back ATP Tour titles in February at the Cordoba Open (d. Schwartzman) and at the Rio Open presented by Claro (d. Mager).