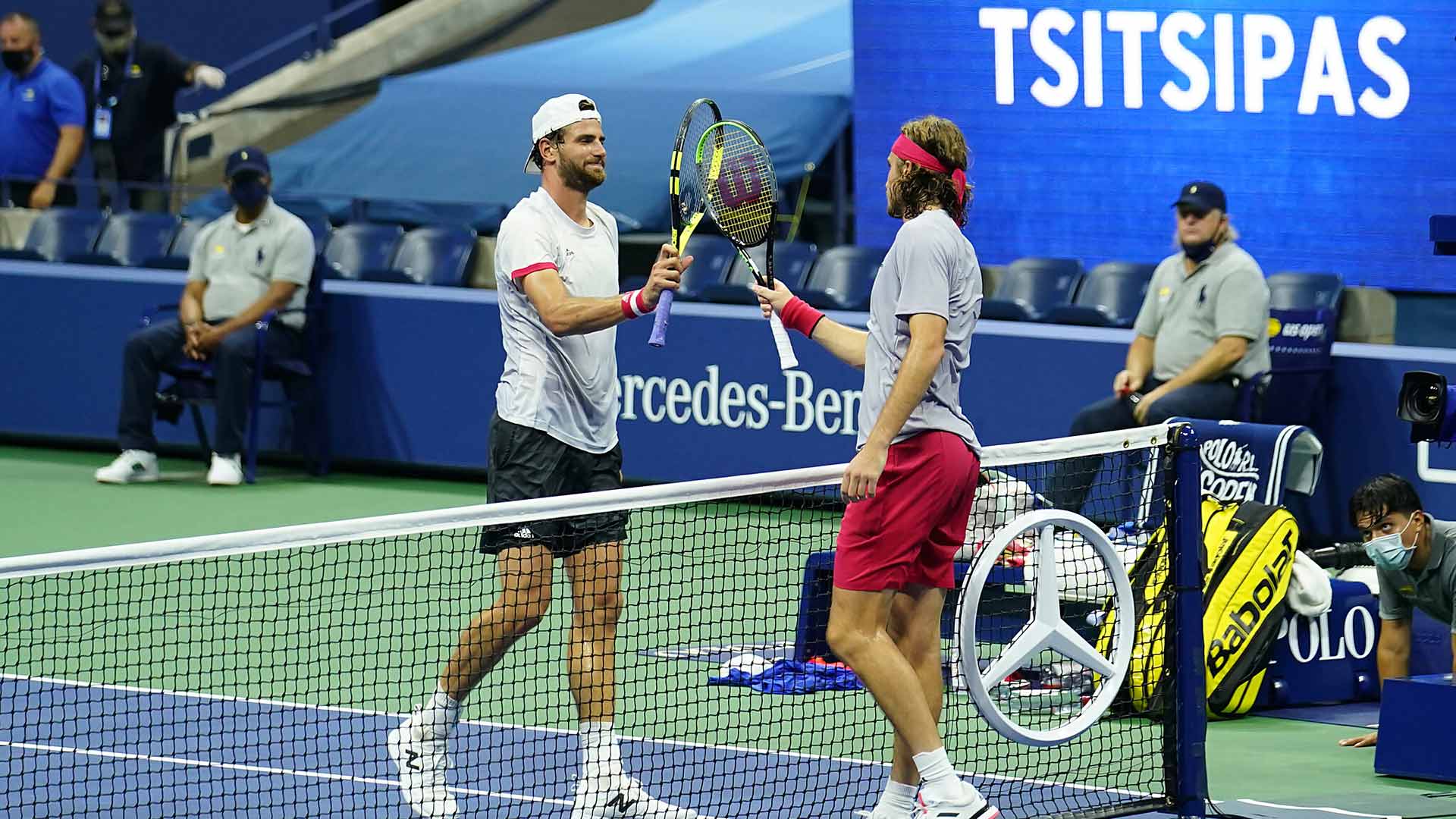 When Stefanos Tsitsipas walked onto the court inside Arthur Ashe Stadium on Wednesday evening, he was struck by a plaque on the wall. It was a Billie Jean King quote stating, “pressure is a privilege”.

“I found this very special, this message. It’s very deep,” Tsitsipas said. “Playing on Arthur Ashe was an amazing experience. I think it would have been even better if there were people watching and it would create a mesmerising atmosphere and [be] more intense, that’s for sure. Despite that I still felt special playing on the court.”

The moment was a long time coming for the Greek star. When he was eight, he watched from afar as Marcos Baghdatis battled Andre Agassi for five scintillating sets on the same court in the 2006 second round.

“My hero [is] Marcos and [he is] now my best friend, which is quite special. He lost in five sets, but the effort, the adrenaline, the crowd atmosphere, you had everything in that match and there was drama,” Tsitsipas said. “I think for Marcos, facing his idol was quite special.”

You May Also Like: Tsitsipas Shakes off Bruisin’ Bruin Cressy At The US Open

“I was still very young and had big dreams of playing there one day,” he said.

The first match Tsitsipas watched inside the stadium in person was the 2015 semi-final between Roger Federer and Stan Wawrinka. He was in New York to compete in the US Open boys’ singles event.

The 22-year-old defeated Maxime Cressy in straight sets to reach the third round, but it was not in front of the thousands of fans that would usually pack the stadium if not for the COVID-19 pandemic. Tsitsipas will play his third-round match on Friday inside Louis Armstrong Stadium against 27th seed Borna Coric.