Rublev Ruthless En Route To US Open Fourth Round 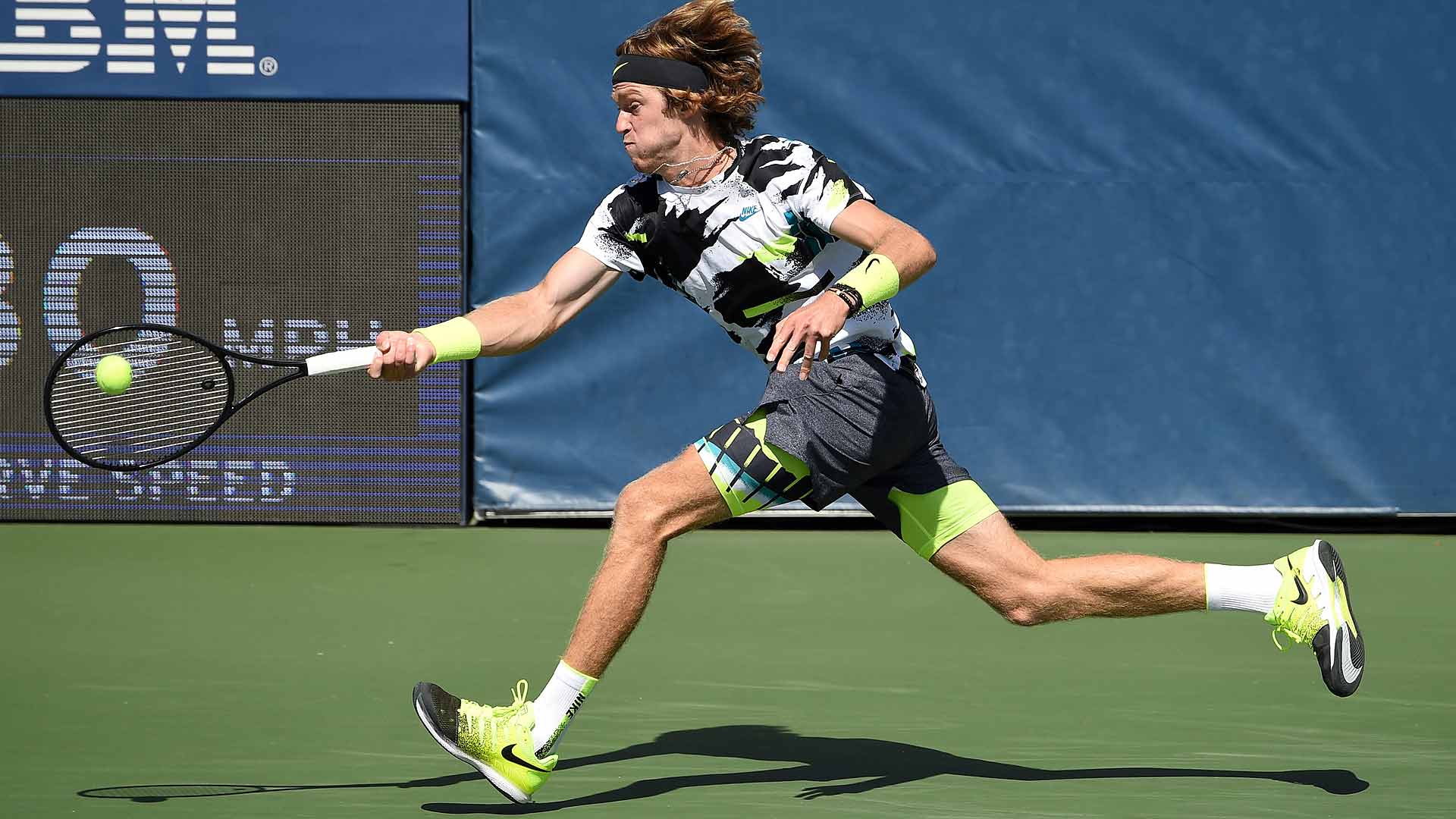 Andrey Rublev was ruthless en route a 6-0, 6-4, 6-0 victory against Salvatore Caruso on Saturday, advancing to the fourth round of the US Open for the third time.

The big-hitting Russian broke the Italian’s serve eight times, crushing 35 winners to only 15 unforced errors in his one-hour, 24-minute victory. Rublev has not lost a set through three matches in Flushing Meadows.

Caruso did well to reach the third round of the US Open on his tournament main draw debut, but he could not find any solutions to get the 10th seed off his aggressive game. The World No. 100 managed to win just 50 per cent of his first-serve points. Rublev put pressure on Caruso with his powerful baseline game and he also hit 17 aces.

Rublev has experience making deep runs at the USTA Billie Jean King National Tennis Center. In 2017, when he was 19, Rublev became the youngest US Open quarter-finalist since Andy Roddick in 2001. The Russian will try to reach the last eight again when he plays sixth seed Matteo Berrettini or 30th seed Casper Ruud.

Did You Know?
Rublev won his first 11 matches of the 2020 season, capturing titles in Doha and Adelaide. The Russian became the first player to win titles in the first two weeks of the year since Dominik Hrbaty in 2004.