Why Marcelo Melo ‘Could Be The World’s Best Doubles Partner’ 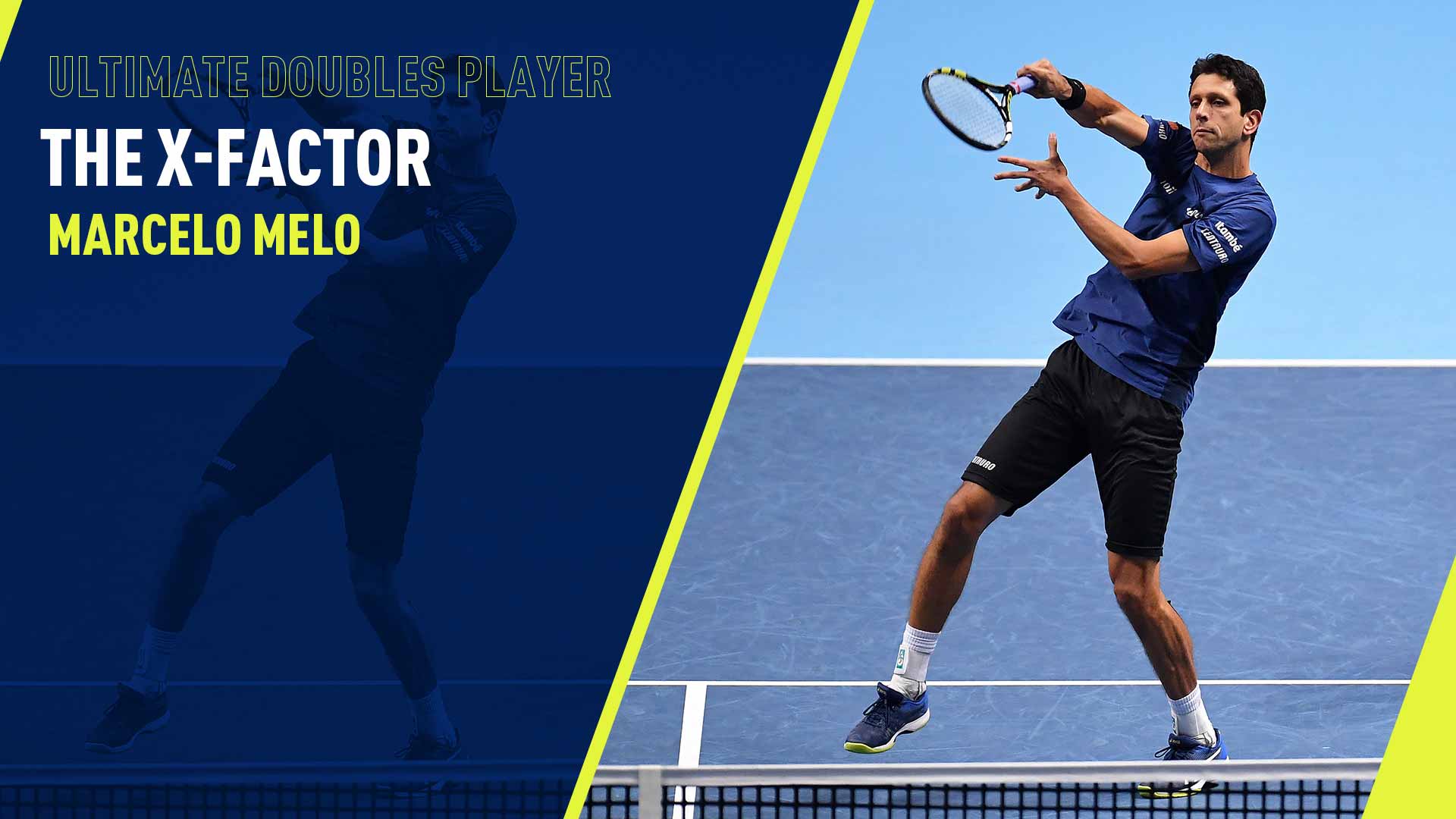 While individual shots and skills are critical in doubles, great doubles players have more intangibles in their repertoires. Part of what forms an “Ultimate Doubles Player” is someone who has the ‘X-Factor’.

“For me it’s the ability to perform under pressure and come out of that with an amazing shot or combination of shots when you need it most,” former World No. 1 Jamie Murray said. “In doubles it might be making that poach by anticipation when you haven’t told your partner. [It’s when] you’re feeling it and you make that move, or you make a sick reflex or something like that. It could be really impressive defensive skills or ability to just make the return at the right time, put the ball in play.”

These are the men who the world’s best believe have the biggest ‘X-Factor’ on the ATP Tour.

Marcelo Melo
“He’s been so solid for many years and so high up in the [FedEx ATP Doubles] Rankings. I don’t want to insult him now, but [he has done it] without any real dangerous weapons. There’s no huge power coming from Marcelo, but he’s just solid all over. I’ve always said Marcelo Melo could be the world’s best doubles partner because his game just gels so well with everybody. He’s got world-class reactions at the net. When it’s an important point, he always makes the return, he always makes you play.” – Robert Lindstedt

“A lot of times he comes up with unbelievable volleys and reactions at the net. Many times in the crucial moments, they really can turn around the matches. We’ve played [Melo and Lukasz Kubot] many times lately and in close situations it’s happened a few times. When he comes up close [to the net], he can pick up unbelievable reactions.” – Filip Polasek

“He’s been a player who has been No. 1 in the world. He’s seemingly always in the Top 5 or 7 players in the world. He finds himself at the end of the majors and the big tournaments quite often throughout the year, whether it’s on clay, grass or hard. He’s able to bring a pretty high level of competitiveness and intensity, but yet in his own way, he’s a pretty chilled guy. He seems to come up with the right shot at the right time more often than not. It’s an incredible asset, incredible quality that he has. It’s not been one or two years, it’s been more than a decade he’s been able to do it.” – Rajeev Ram

Pierre-Hugues Herbert
“When he’s on he can really be very dangerous, can take the match away from you. He’s got a big serve as well when he’s feeling it, a lot of firepower.” – Jamie Murray

“Whenever he’s on, Herbert and Mahut are probably impossible to beat because Nico is so consistent and Pierre-Hugues is just the one who makes the difference. It’s everything [he does]. He’s just going for his shots. He’s basically like Kubot on his return, but with all his shots. Whenever they pass the first two rounds of a tournament, especially a Slam, they end up winning a lot of them when he’s in form and he plays his best tennis. [It’s] because he’s very, very aggressive. That’s why for me he’s a clutch player.” – Jurgen Melzer

Henri Kontinen
“He has the ‘X-Factor’ to even win matches by himself. He can take the game away from you. He’s very talented. He’s just very aggressive on the doubles court and he’s not scared of doing the outrageous on the court. Him and Jan-Lennard Struff together are a very difficult team to play against, especially when they’re on form together.” – Neal Skupski

“Henri Kontinen has been my nemesis… He’s beaten us many times coming up in big moments with big shots. Even at the start of the year, we played him in Doha. We had a match point against him, played the most ridiculous point and Henri played a world-class cross volley and it was just annoying to face him when he does something like that in such a big moment… He’s a very relaxed person and I think he takes that onto the court with him. He doesn’t get too up, too down, just plays in the moment and no matter what the score is, he’s loose enough to execute such a big shot.” – Ken Skupski

Bob Bryan
“Bob Bryan in his prime, he had that ‘X-Factor’ for sure that won them a lot of extra points that turned into wins. They were both clutch, Bob and Mike, but I thought Bob had just a little bit more of an ‘X-Factor’.” -Jamie Murray