Why Breaking Nadal’s Serve On Clay Is So Difficult 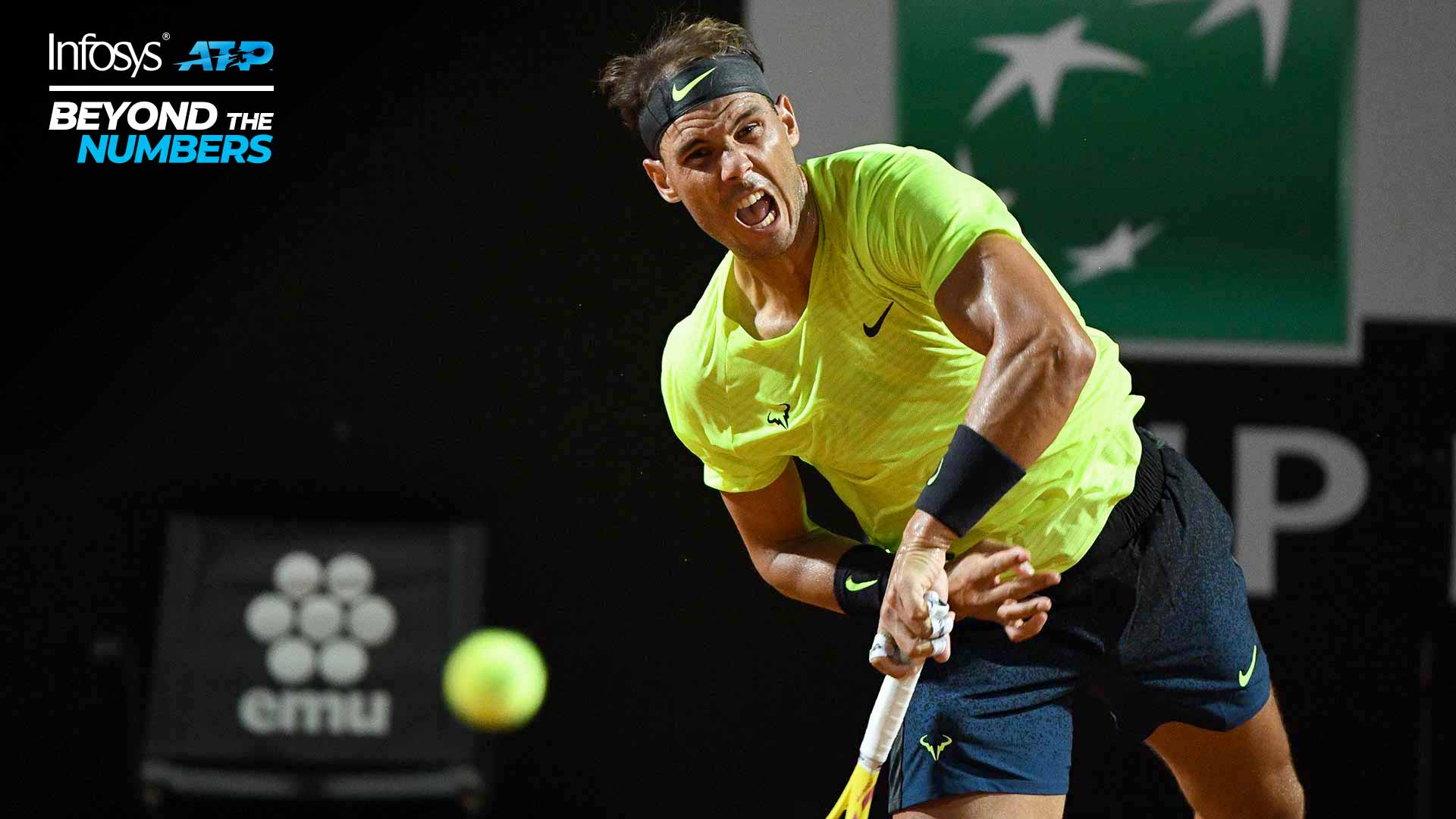 It is mission almost impossible. Bringing up a break point against Rafael Nadal’s serve is a commendable achievement.

Good luck converting it, especially when competing on Campo Centrale at the Internazionali BNL d’Italia in Rome. An Infosys ATP Beyond The Numbers analysis of Nadal saving break points at clay court ATP Masters 1000 events shows he is tougher to break in Rome than Monte Carlo or Madrid.

Nadal returned to action on Campo Centrale for his first tour-level match in 200 days on Wednesday. He immediately faced break-point after losing the deuce point in his opening service game against Pablo Carreno Busta after failing to take advantage of a 40-0 lead.

You May Also Like: Serving To Nadal? Don’t Drop The First Point

Nadal has saved 303 break points in Rome in his career, but all you really need to witness is this one break point to know exactly what his primary strategy is in this important moment. Carreno Busta had to weigh up whether Nadal would go with his preferred “can-opener” slicing lefty serve out wide to pull him off the court, or surprise with a body serve or a delivery straight down the T.

Overall in his career when serving at break point in the Ad court (0-40, 30-40, ad-out) at Masters 1000 clay-court events against right-handers, Nadal has gone with his favourite serve out wide almost twice as often as his next highest option, down the T.

Wide is the most likely, and the probability of a wide serve naturally rises the more pressure involved in the moment as it is the most comfortable and reliable serve for Nadal. The first break point faced in 200 days certainly met all the above criteria for a wide serve.

Carreno Busta took up his return position on the point with just his left foot in the alley. To visually shut down the wide serve, it needed to be much wider than that.

Should Carreno Busta have stood wider with both feet in the alley? For the first point of the following game, Nadal’s return location mirrored the position of the break point with a righty serving against a lefty in the deuce court.

Nadal positioned himself there to visually take away the wide slice serve. This in turn attracts more serves to his forehand return.

Serving at ad-out, Nadal indeed opted for the highest percentage serve. He sent down a 114mph snarling slice serve out wide.

Carreno Busta was pulled to his left and was standing with two feet outside the doubles line to make contact with the return. He was now standing closer to the side fence than the singles court and netted the return.

That was the only break point that Carreno Busta saw for the match, as Nadal raced away to a 6-1, 6-1 victory in 73 minutes. Nadal is shooting for a 10th title in Rome this week. In 67 matches leading into this year’s event, he has not faced a break point in nine matches and has saved all break points faced in 16 matches.

Converting break point against Nadal on the Roman “terre battue” of Campo Centrale is without doubt one of the toughest tests our sport has to offer.