We’re back! After a five-month hiatus, the long-awaited return of men’s professional tennis has arrived. It all kicks off on Saturday, with the ATP Challenger Tour taking centre stage in Prague. World No. 17 Stan Wawrinka leads a loaded draw at the I.CLTK Prague Open By Moneta.

Players will hit the courts for the first time since mid-March, amid to the COVID-19 pandemic, arriving for the 23rd edition of the historic Czech tournament. Wawrinka is joined by fellow Top 100 players Jiri Vesely, Pierre-Hugues Herbert and Philipp Kohlschreiber, as well as #NextGenATP stars Rudolf Molleker and Nicola Kuhn.

The Swiss could face 13th seed Arthur Rinderknech in the Round of 16. The Frenchman owns a Challenger-leading 16 match wins this year, lifting a pair of trophies in Rennes and Calgary. Fourth seed Kohlschreiber also features in the top half of the draw. The German veteran will hope to replicate his recent success on the Challenger circuit after taking the title at the season-opening stop in Canberra, Australia.

Surging 22-year-olds Sumit Nagal, of India, and Jay Clarke, of Great Britain, are looking to continue their push towards the Top 100 of the FedEx ATP Rankings. Meanwhile, in the bottom half of the draw, Czech No. 1 Vesely leads the charge along with former World No. 10 Ernests Gulbis and fellow seeds Herbert, Jozef Kovalik and Yannick Maden.

One of the oldest venues on the ATP Challenger Tour (founded in 1893), the 127-year-old Cesky Lawn Tennis Klub is located on Stvanice Island in Prague’s city centre. The Challenger 125 event is joined by another clay-court stop – in Todi, Italy – on Week One of the restart schedule. The tournament in Todi starts on Monday. 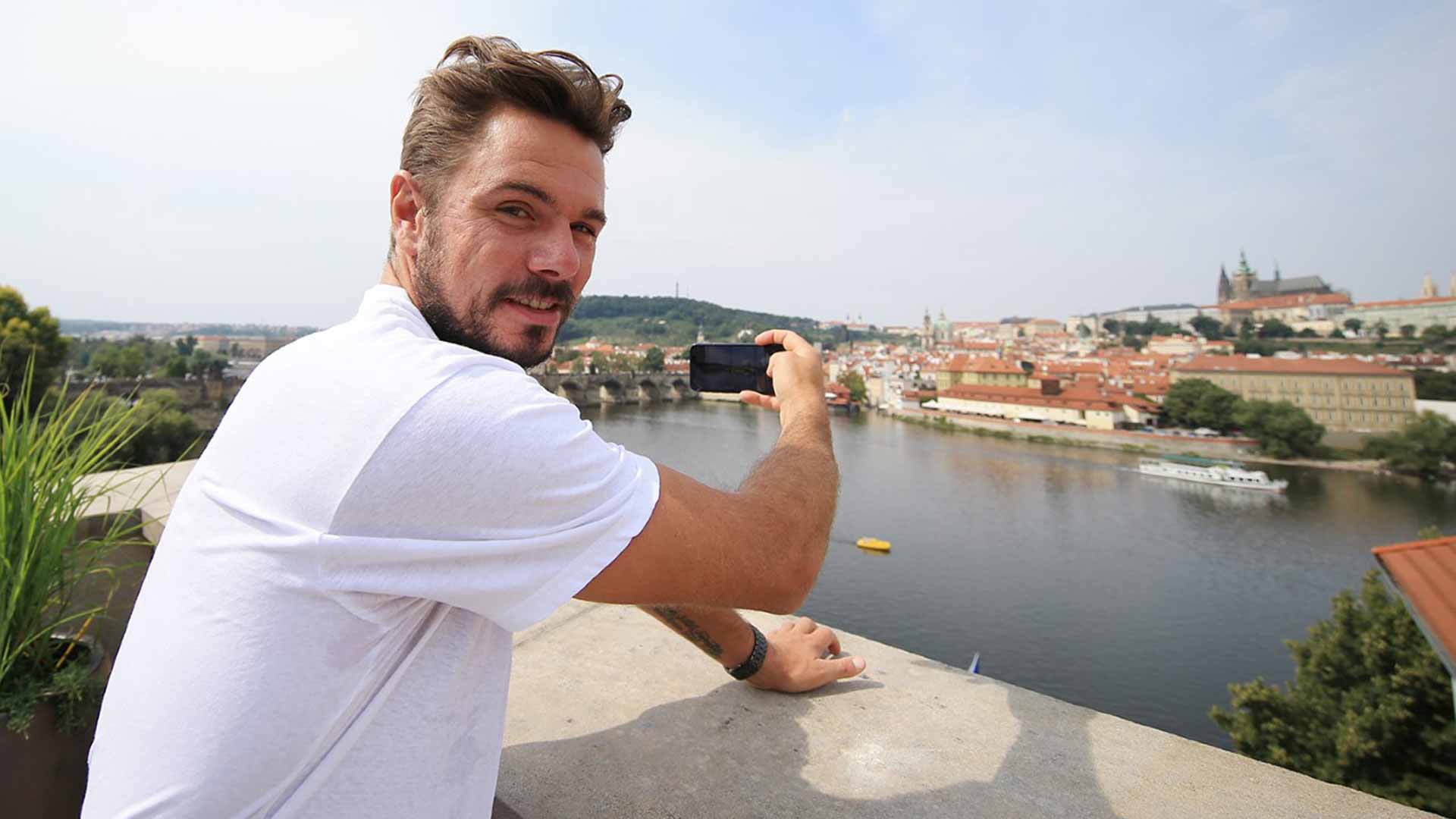 Wawrinka Launches Prague Open With City Visit
The former World No. 3 took in the sights of the Czech capital on Friday, participating in the tournament’s media day at the Four Seasons Hotel before taking photos along the iconic Vltava River.
Eager to return to the match court for the first time since late February in Acapulco, Wawrinka talked about his expectations for the next two weeks in Prague.

“These were many difficult months for everybody,” Wawrinka told Czech media. “I’m looking forward to be back playing some matches here. It’s important to restart the season again with these two tournaments in Prague.

“I went to the park the see some of the city today. It was really nice and I love it here. It’s going to be a great time. For me, it was nice to spend time at home with my daughter when we were in quarantine. That was the positive for me. But I’m happy to be playing again now.”