Think You Can Beat Djokovic? Here’s What It Will Take 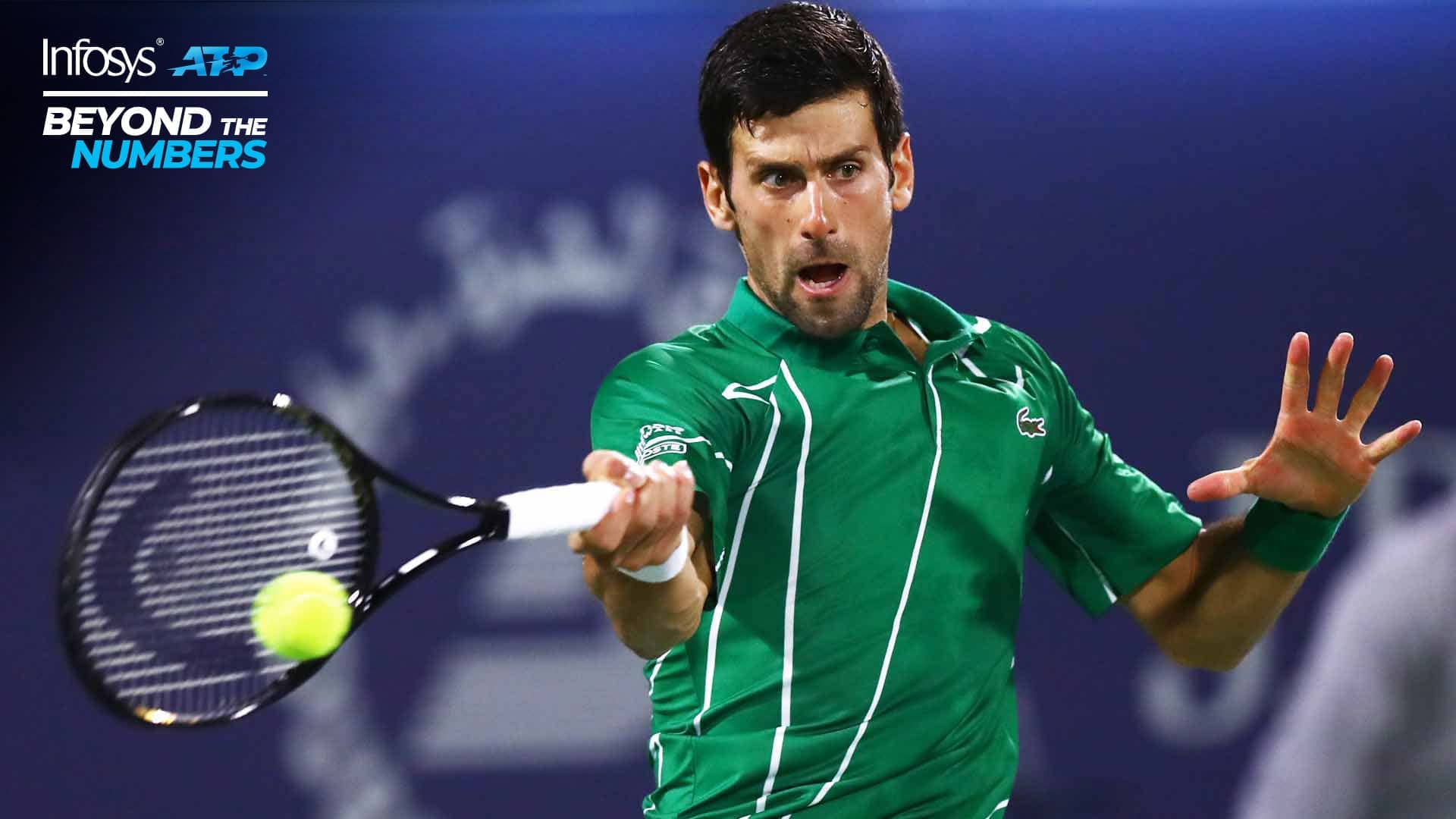 You look to the other side of the net and the No. 1 player in the FedEx ATP Rankings is standing there. It’s Novak. It’s Rafa. It’s Roger. It’s Andy, and it’s specifically when they are sitting at the pinnacle of our sport.

It’s equal parts trepidation and opportunity. How much better is this quartet in full flight
compared to other ATP Tour opponents? How much do you need to raise your level to defeat the No. 1 player in the world?

You better bring your A+ game.

An Infosys ATP Beyond The Numbers analysis of matches including the top-ranked player from the beginning of the 2015 season, compared to the rest of the Tour, identifies the elevated level of excellence required to capture victory against a reigning No. 1.

The “rest of the Tour” grouping is comprised of players who have played a minimum of 50 tour-level matches from the beginning of 2015 until the week of 16 March 2020, when the rankings were frozen due to the COVID-19 pandemic. The analysis is specifically focused on matches against Novak Djokovic, Rafael Nadal, Roger Federer and Andy Murray only while they were ranked No. 1. Below is how many weeks each player has been ranked No. 1 since the beginning of January 2015.

Serving
Against the rest of the Tour, you’re still the favourite if you find yourself serving at 15/30, holding serve on average 58 per cent of the time. But against the World No. 1, you’re now the underdog and likely to hold just 45 per cent of the time. Falling just a little behind in your service game against a reigning No. 1 has dire consequences. Nadal was the toughest competitor of the Big Four to hold against at 15/30, at just 43 per cent.

The following table includes five serve and five return metrics, as well as the specific situation of breaking immediately after being broken.

You would think that losing the initial point when serving and moving to 0/15 is not such a big deal, but the percentages of holding significantly drop from around two out of three times (65%) to slightly more than half (52%). And if you were playing against Murray in one of the 41 weeks that the Brit was No. 1, it dropped even lower to 45.1 per cent (65/144).

What will stop you in your tracks is the confluence of the following three factors coming together when facing Murray:

1. Playing Murray while he was ranked No. 1
2. Falling behind 0/15 when serving
3. Playing the match on a hard court

Returning
Winning the first point when returning and moving the scoreboard to 0/15 is an ideal initial step to breaking serve against any opponent. Against the rest of the Tour, you break 38 per cent of the time. But against a current No. 1 player, that plummets down to just 25 per cent. Against Djokovic, it dropped even further down to 23 per cent (155/673).

Federer fought back most often when serving at 15/30 compared to the other No. 1 players. The rest of the Tour posted an average of 45 per cent, but breaking against a No. 1 dropped to 34 per cent. Against Federer, it moved all the way down to 27.8 per cent (5/18).

Defeating any player on Tour is an outstanding accomplishment. Being victorious over a World No. 1 requires tapping into a level you may not know that you had.