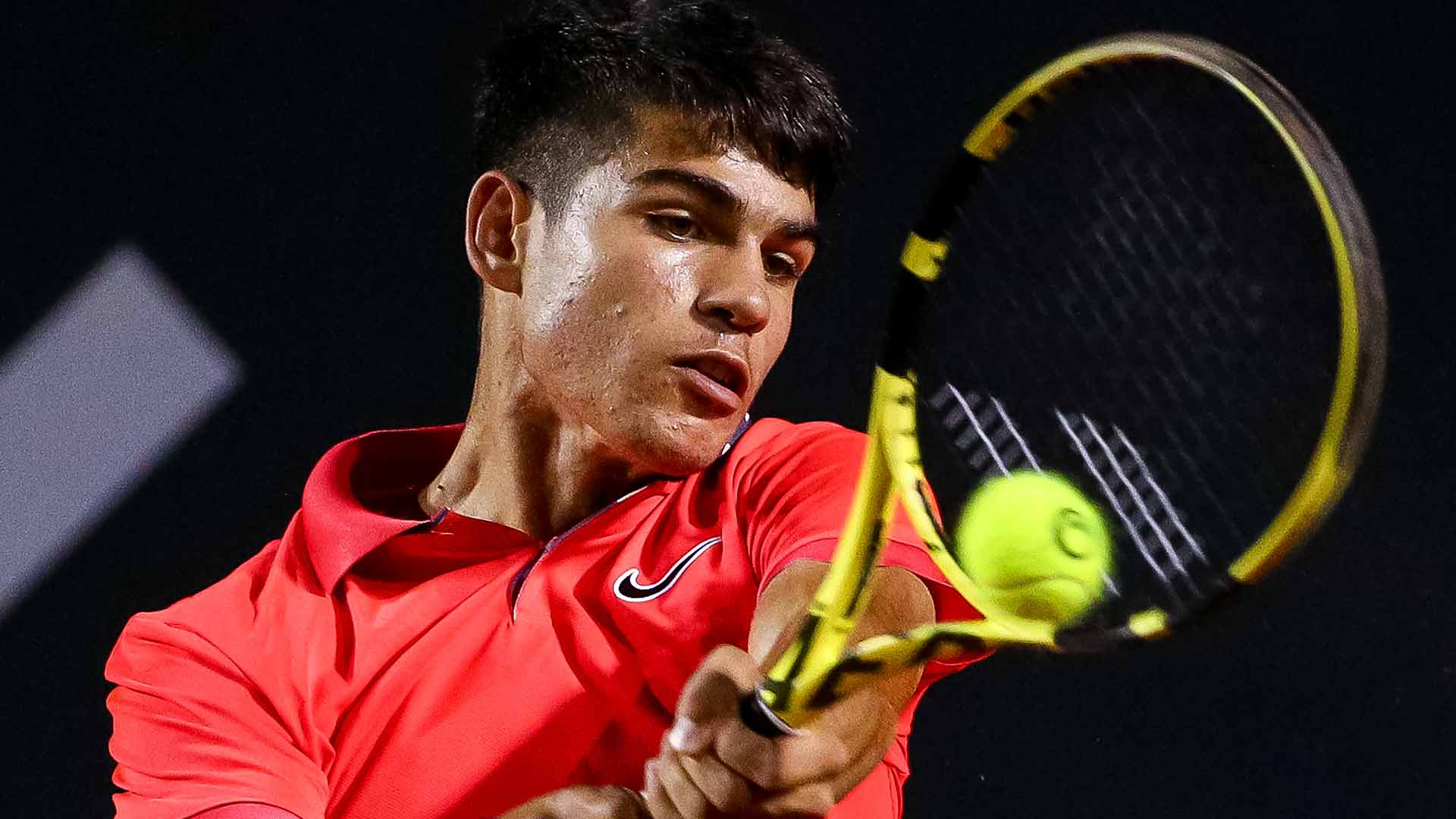 With a string of firsts already to his name in an abbreviated 2020, Spanish #NextGenATP charge Carlos Alcaraz naturally garners attention as he readies for his Grand Slam qualifying debut. As the youngest Spaniard to hoist an ATP Challenger Tour trophy since Rafael Nadal, the 17-year-old arrives at Roland Garros in form and with a former champion in his corner.

Since tennis returned from a near six-month COVID-19 hiatus, the #NextGenATP teenager has compiled an impressive 11-2 record on clay in three ATP Challenger Tour events in Italy. Having started the season just inside the Top 500 in the FedEx ATP Rankings, Alcaraz has slashed that mark to No. 186 heading into Paris.

The World No. 106 reached the final of the Aix en Provence ATP Challenger Tour event this month, falling to German Oscar Otte. Seyboth Wild became the first #NextGenATP titlist of 2020 when he beat second seed Casper Ruud for the Chile Dove Men+Care Open title in Santiago in February.

Italian Marco Cecchinato holds fond memories of Paris, where as the World No. 72 he caused one of the biggest surprises of Roland Garros 2018 when he defeated Novak Djokovic in the quarter-finals. The Palermo native, now at No. 113 in the FedEx ATP Rankings, attempts to qualify for his fourth Roland Garros main draw.

The Italian won three rounds of qualifying and reached the second round at the Internazionali BNL d’Italia in Rome this week. He has contested every Grand Slam main draw since his breakthrough in Paris two years ago.

You May Also Like: Alcaraz, 17, Joins Nadal As Youngest Spanish Challenger Champions

The oldest player in the men’s qualifying draw, 41-year-old Ivo Karlovic, first attempted to qualify for Roland Garros in 2002, the same year Albert Costa beat Alcaraz’s coach, Ferrero, for the title. Roland Garros remains the only Slam at which the World No. 130 has not reached the second week.

Last year, the 6’ 11” Croatian became the oldest player to win a match on the Parisian clay since 1973 when he beat then 37-year-old Feliciano Lopez. It was the oldest men’s match at Roland Garros in combined age in the Open Era.

Serbian Viktor Troicki has reached the fourth round at a Grand Slam five times, with three of those coming at Roland Garros. The former World No. 12 has struggled with injuries in recent years but returns to take his place in the qualifying draw as the World No. 188.

The 34-year-old was a part of the triumphant Serbian team in January’s inaugural ATP Cup in Sydney where he teamed with Novak Djokovic to win the deciding doubles rubber over Spain’s Pablo Carreno Busta and Feliciano Lopez. Troicki last played a Roland Garros main draw three years ago.

Former World No. 8 Jack Sock will attempt to secure a berth in his seventh Roland Garros main draw next week. The World No. 303 fell to Steve Johnson in the final of the Oracle Challenger Series at Indian Wells in March before the ATP Tour’s COVID-19 hiatus. He posted a five-set triumph over Pablo Cuevas in the first round of the US Open earlier this month.

Fresh from making his Top 200 debut in the FedEx ATP Rankings, 19-year-old American Brandon Nakashima makes his Grand Slam qualifying debut in Paris. One of the #NextGenATP star’s coaches is former Wimbledon champion Pat Cash. Nakashima reached the quarter-finals in his ATP Tour debut at Delray Beach in February, before a semi-final loss to Sock at the ATP Challenger event in Indian Wells.