‘I Feel Like This Is The End’: Murray’s 3 A.M. Washington Marathon

If there’s one match that shows how much tennis means to Andy Murray, it might be his third-round battle against Marius Copil at the 2018 Citi Open. After the match, which ended at 3:02 a.m., the former World No. 1 sat in his chair and broke into tears.

That January, Murray had undergone hip surgery, but he was nowhere near full health. The three-time Grand Slam champion mustered all the energy he could to defeat the big-serving Copil 6-7(5), 6-3, 7-6(4) after three hours and two minutes.

“I told him I’m happy that he’s back and it’s great to play against him again,” Copil told ATPTour.com. “I really enjoy playing against him. He always brings the best out of me. I was happy that he came back to the Tour. When we went back to the locker room we spoke again and he was still crying, maybe because he had the pain in his hip.” 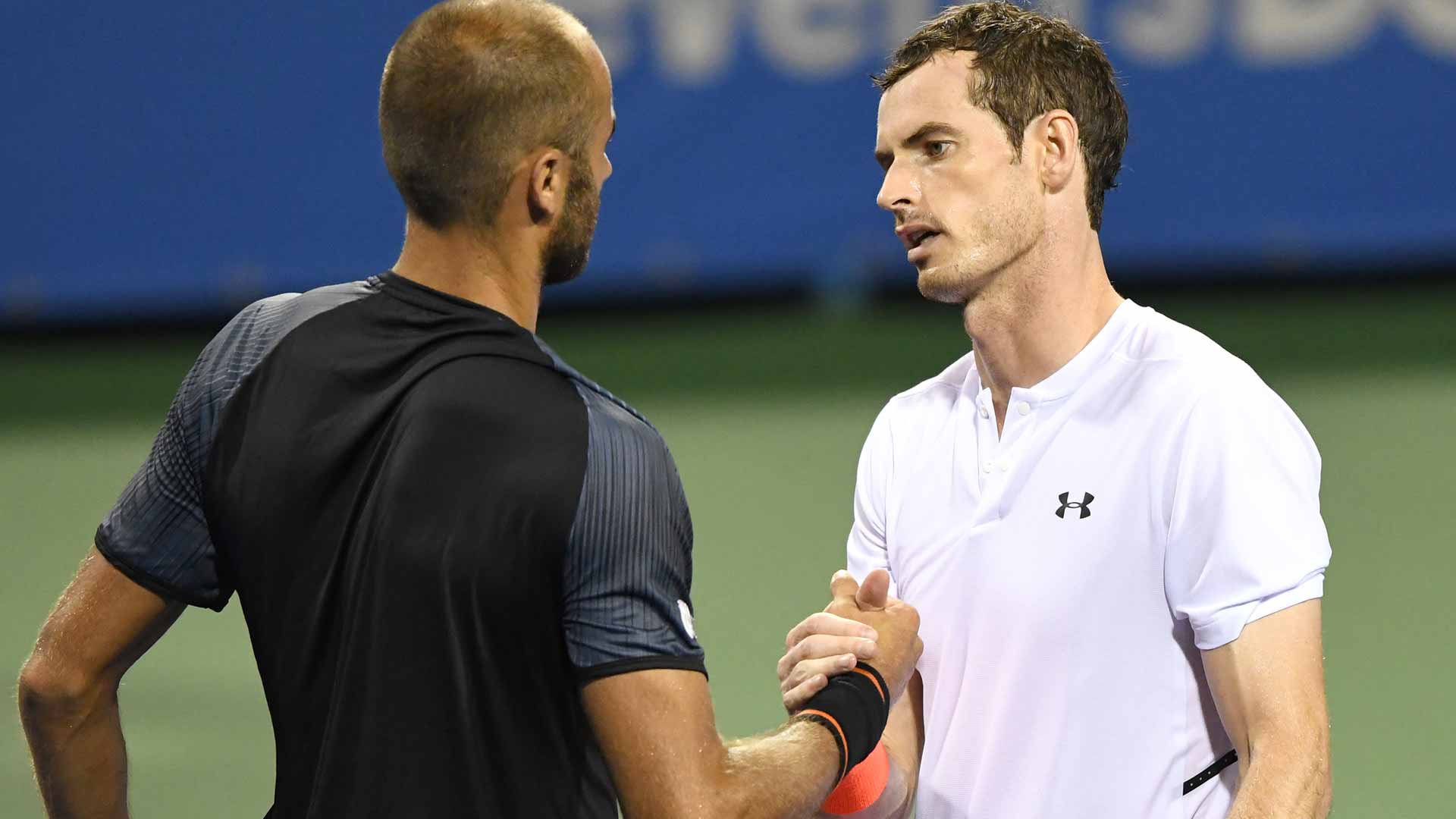 “I feel like this is the end for me,” Murray said. “I really want to keep going, but my body is telling me no.”

Murray told reporters that evening that his tears simply came from the emotions of a long match finishing late in the evening, but the former World No. 1 had more on his mind. His Romanian opponent didn’t realise it at the time.

“When I watched the documentary, I felt something in my stomach, it was weird. It was a weird feeling, because I know it was tough for him,” Copil said. “I respect Andy so much because he’s a really great fighter and warrior and this is something to admire and for a lot of sportsmen to look up to. The way he fights is just unbelievable.”

Many people will remember the moment because of Murray’s emotions, but the match itself was memorable, too. Copil crushed 20 aces and won three more points than Murray in their clash, which was suspended by rain, leading to the late finish.

You May Also Like: Murray Breaks Down In Tears After Reaching Washington QF

“It was a crazy match. We both played well and when we finished, we just had 200 to 300 people watching us, maybe less,” said Copil, who has lost each of his three ATP Head2Head matches against Murray, with two of those going to a deciding set. “Normally when you play against Andy it’s a full stadium, and that time when we played there were not many people left.

“I saw by the way he was walking that I thought he had something, but during the match I thought he moved well. I cannot say his level was lower. I think he played well against me, but I didn’t think about his injury and that his level could be lower because he is one of the top four guys who will remain in history [from this era]. His level, even if he’s not 100 per cent, is still very, very high.”

Copil sliced a backhand into the net on match point to give Murray the victory. While the Brit was recording his video in the early hours of the morning, the Romanian was still awake trying to find a flight to Toronto, where he had to play Rogers Cup qualifying about 31 hours later.

Copil couldn’t find any direct flights, so he was forced to fly to a city in the United States — he can’t remember where — and then ride in a car for more than five hours, arriving in Toronto at around 6 a.m. the morning of his 12 p.m. qualifying match against Yoshihito Nishioka. After winning the first set easily, he was too tired to maintain his level, falling in another final-set tie-break, just like he did against Murray. That completed a wild two-day stretch for Copil.

“I was sad because I finished [against Murray] with a backhand slice into the net. I was just disappointed at that particular shot. The rest of the match I played really well. I liked the way I was playing and the attitude I had. It was a great match,” Copil said. “One guy has to lose and I was the guy who lost.”