After nearly six months, Yannick Hanfmann finally found himself on a court for a competitive tournament on the ATP Challenger Tour. Safe to say, it went even better than he expected.

Hanfmann dropped just one set all week in Todi, Italy, culminating in an efficient 6-3, 6-3 win over Bernabe Zapata Miralles on Sunday evening. He needed just 65 minutes to dispatch his Spanish opponent, winning a dominant 85 per cent of all service points.

It’s never easy to organize the first tournament back amid a global pandemic, but, with stringent safety measures and protocols set up, the team at the Internazionali di Tennis Citta di Todi excelled. As did Hanfmann. It’s equally challenging to lift a trophy after a near-six month break, but the former Top 100 star was not fazed.

“I feel relief,” said Hanfmann after the final. “After a long week like that, it’s always nice to be done. And it’s even better to be done as the last man standing. I played a good final today, had a good week here and I’m really happy. Next week there’s another Italian Challenger. Hopefully I can continue the run.”

The 28-year-old, who rose a career-high No. 99 in 2018, is a former ATP Tour finalist (Gstaad 2017) and has played against some of the best players in the world. As he seeks a return to the Top 100 of the FedEx ATP Rankings, Hanfmann is ready for whatever challenge awaits. The German rose 25 spots to No. 118 with his victory in Todi.

“I have another tournament next week [in Trieste]. I’m going week-by-week and day-by-day. I have a tough match in the first round against Moroni. I played him in the semi-finals here. It’s not going to be easy. Getting a win in the first week back, I’m moving towards the Top 100 a little bit more. But I’m old enough to know that it’s another step to get to that point. I’ll take it tournament-by-tournament and I’m enjoying this, so let’s keep it going.” 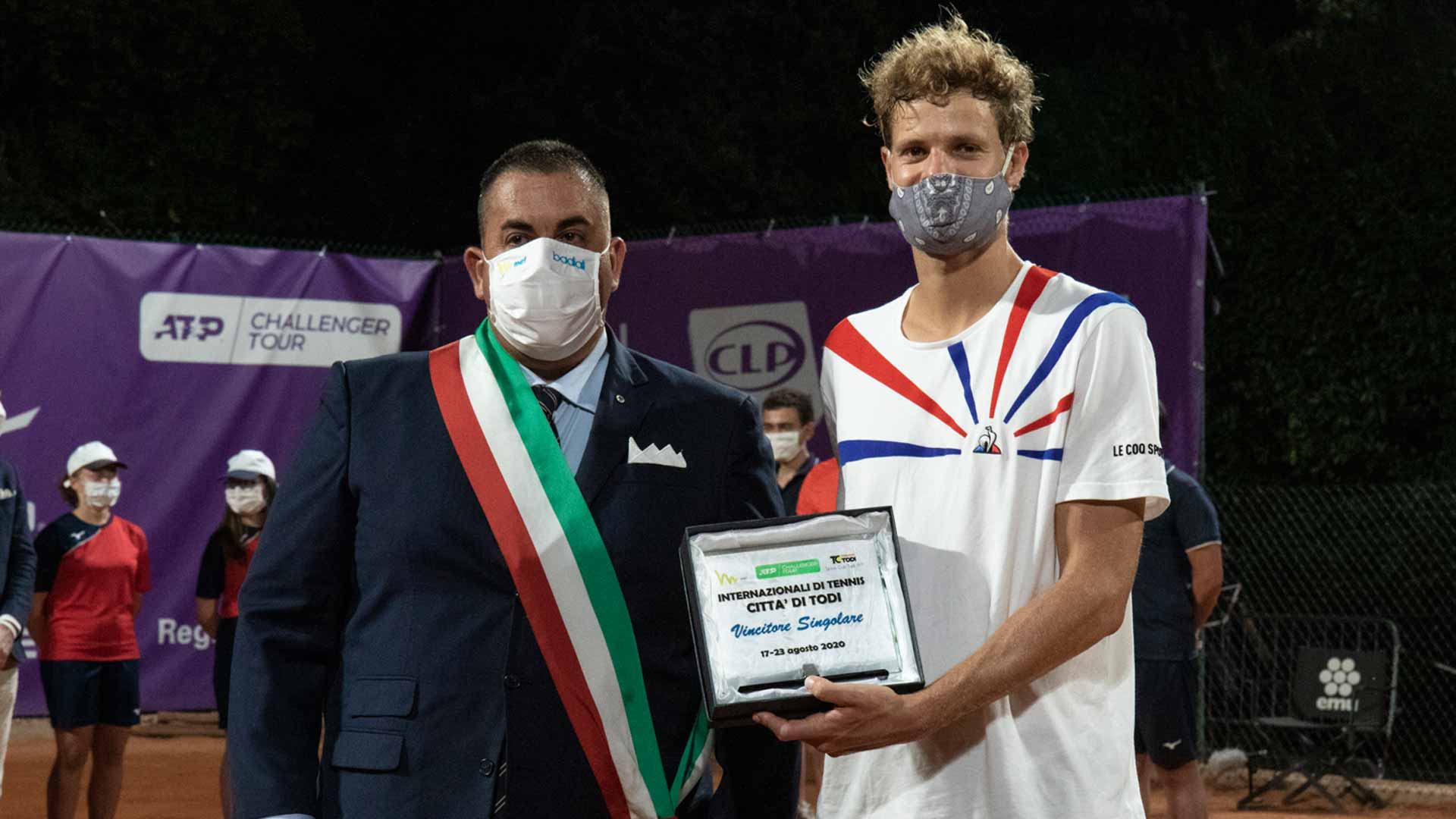 Hanfmann lifted his sixth Challenger trophy in total, marking the fourth straight year in which he has emerged victorious on the circuit. Moreover, he is now 8-4 in 2020, having finished runner-up to Taro Daniel in Burnie, Australia, in January.

The former University of Southern California standout will open against Gian Marco Moroni in nearby Trieste, Italy, on Tuesday. Seeded third, he could face #NextGenATP Italian Giulio Zeppieri in the second round, with Mischa Zverev, Antoine Hoang and Jurij Rodionov also looming in his half of the draw. Australia’s Alexei Popyrin leads the field as the top seed.