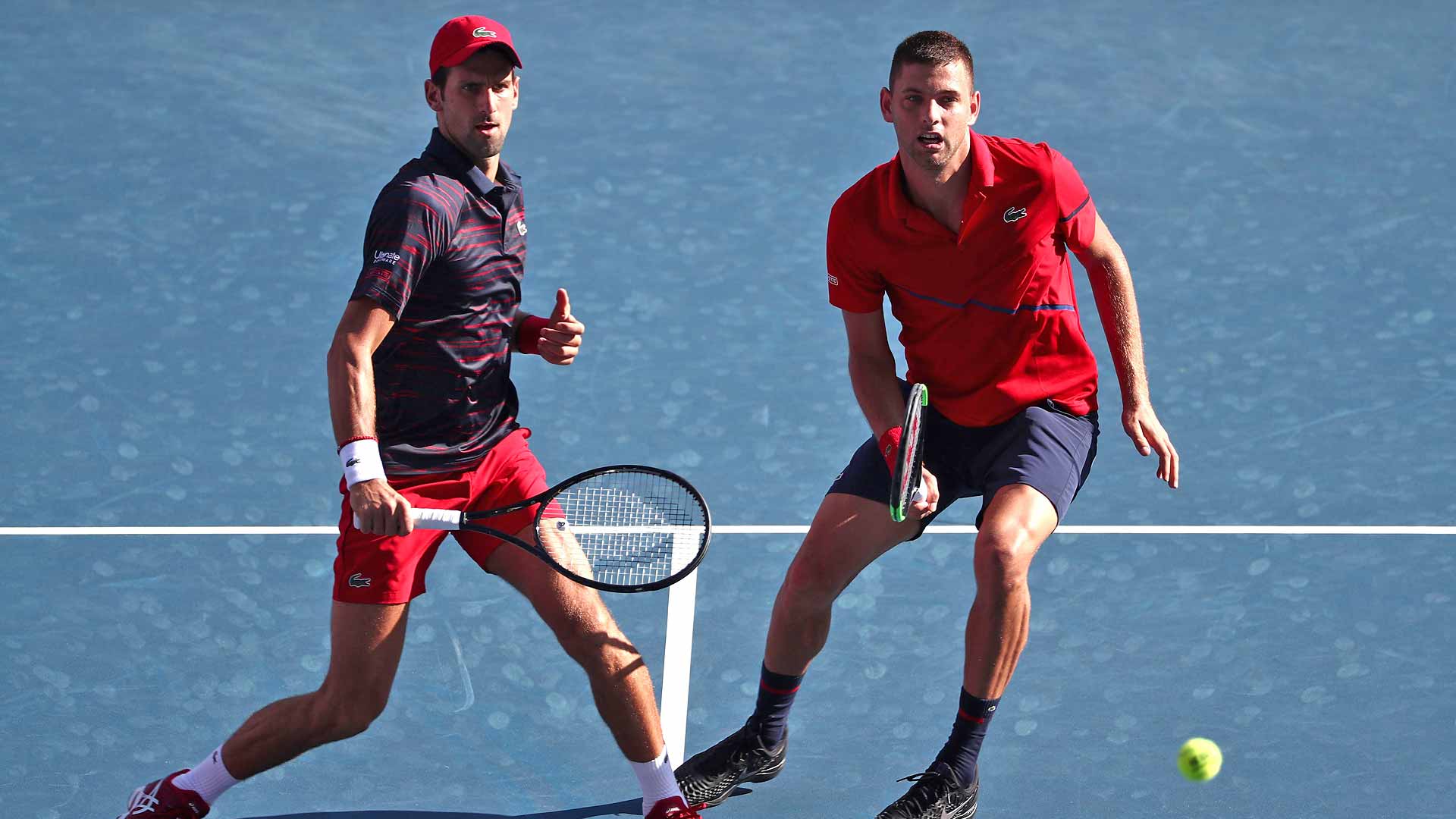 Novak Djokovic and Filip Krajinovic will compete together for the fifth time at the Western & Southern Open.

No. 1 player in the FedEx ATP Rankings to play doubles with Krajinovic

Novak Djokovic will be doing double duty at the Western & Southern Open. Djokovic and partner Filip Krajinovic are among the initial entries into the ATP Masters 1000 event’s doubles draw, as announced by the tournament Tuesday.

Defending champions Ivan Dodig/Filip Polasek will try to retain their title, with 2019 year-end No. 1 team Juan Sebastian Cabal/Robert Farah and Lukasz Kubot/Marcelo Melo, who have competed in the Nitto ATP Finals together three times, also chasing the trophy.

Other notable teams set to play at the USTA Billie Jean King National Tennis Center, where the tournament is being held due to COVID-19, are reigning Australian Open champions Rajeev Ram/Joe Salisbury, Karen Khachanov/Andrey Rublev and Rohan Bopanna/Denis Shapovalov. Nicolas Mahut and Jan-Lennard Struff, who have been across the net from each other in two ATP Tour doubles finals, will team up for the first time.

Six teams will join the field through on-site entries, while the tournament will award three wild cards to complete the 32-team draw.