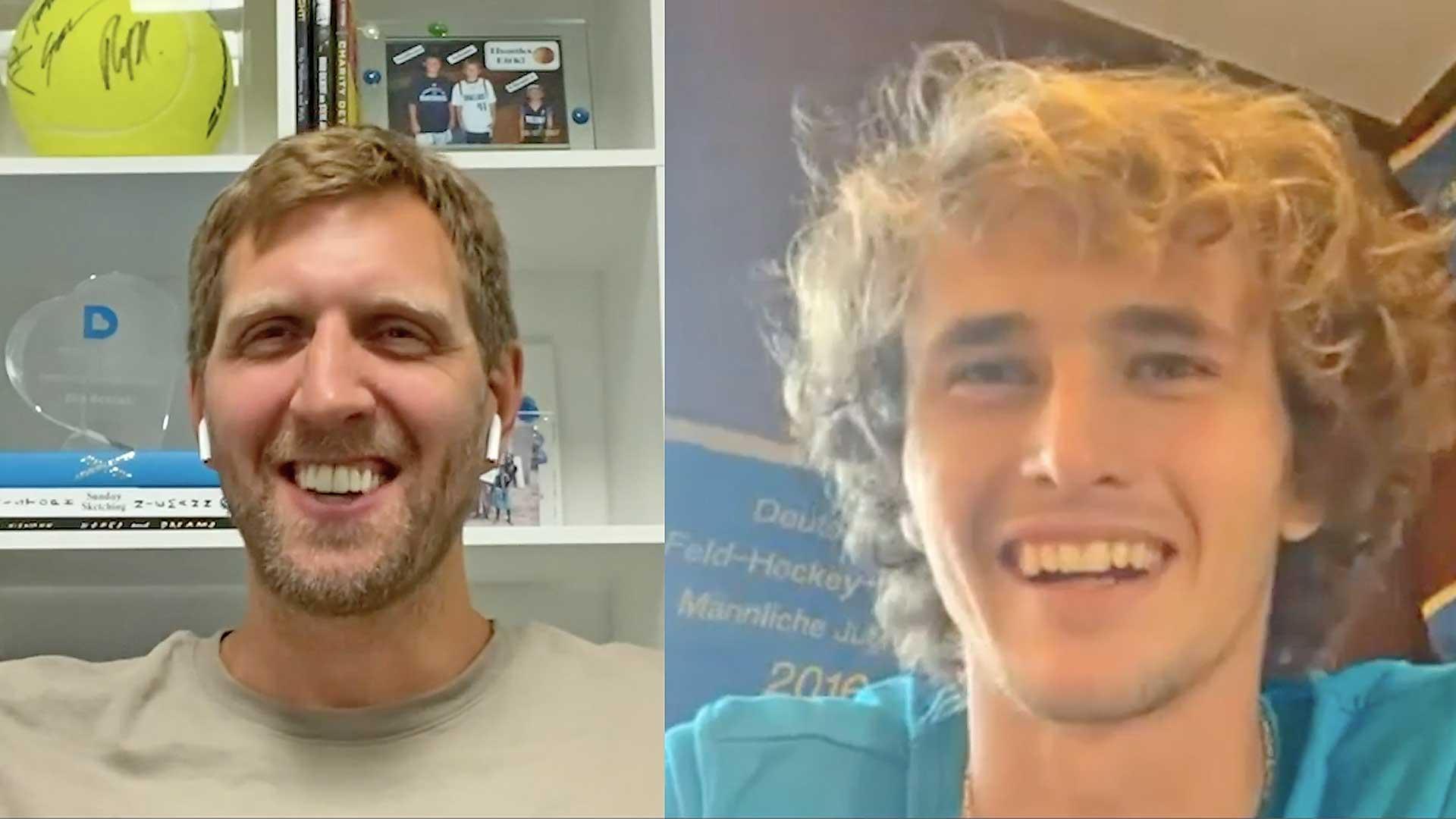 NBA legend Dirk Nowitzki played tennis growing up and remains a huge fan. But does he have enough knowledge of Alexander Zverev‘s career to ace this special quiz?

On this week’s episode of Tennis United, Nowitzki and Zverev have fun answering questions about a sport other than their own.

Is Zverev taller than Steve Nash and Luka Doncic, shorter than them both, or in between? What team was Nowitzki originally drafted by?

“You don’t even need to give me the options. I know straightaway,” Zverev says.

You May Also Like: How Harnessing The Fire Within Is Paying Dividends For #NextGenATP Seyboth Wild

One truth Nakashima answers: What are three wishes he’d request from a genie?

Find out what other wishes the American has and what Seyboth Wild, this year’s Chile Dove Men+Care Open champion, adds to the game.